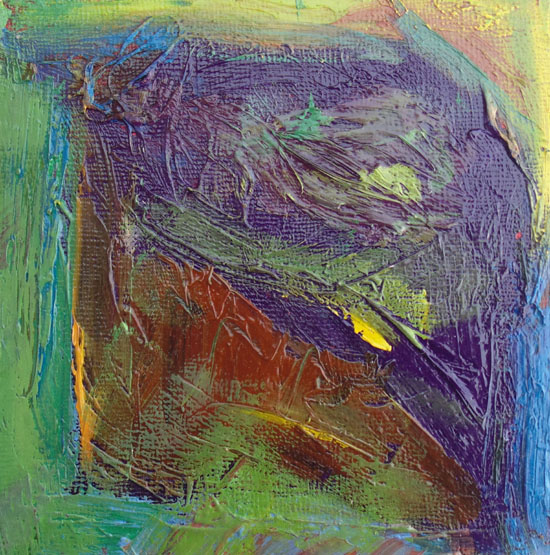 The new Cohen Banker is a New York School refinement of the subtle figuration that characterized her art. The work of this agile expressionist has reached a new way, and promises to tour it back from Miami Basel Spectrum, Architectural Digest Home Fair, and Artexpo New York, to the Berkshire Arts Festival and Art Hamptons next June.

Amy Cohen Banker’s art has a diverse and prolific trajectory. Her artistic hunger has driven her through installations of birds deconstructed to their bones, and family osseous relics piled up in blue rags, to different video-art projects often times integrating voice-over narrators and paintings and collaborations, to quotidian photography, or marker crayon and pastel drawings, or geometric watercolors inspired on the early twenties Kandinsky. Of the many places she has explored and continues exploring we can confidently say that Cohen Banker’s forte resides in her mixed media paintings preponderantly based on oil on canvas.

Invariably affiliated to abstract expressionism, there have been significant variations in her style worth mentioning. The nineties saw a body of work stylistically diverse. There is dripping and splashing, but there is drawing and shadowing. We can recognize Duchamp broken surfaces in “Strip Club” and Basquiat doodles in “Circus Girl” or “Versaille Still”. Perhaps the common ground was the presence of the painting as a particular gesture on top of a white background, an expressive filigree presented to the spectator as a gift by an extended arm. 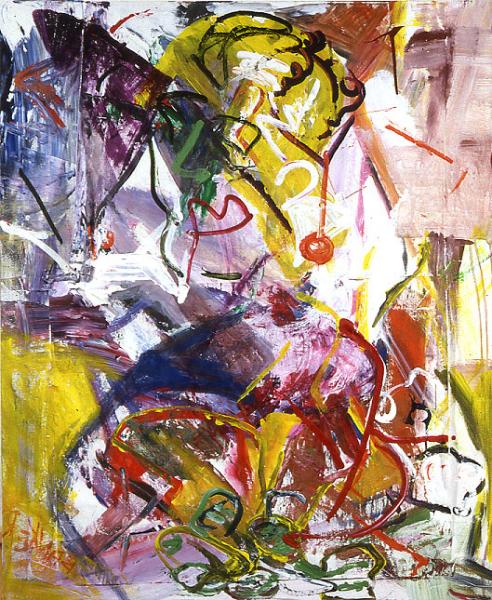 The first decade of the XXI century is a creative maelstrom I don’t dare to synthesize but just point out that is full, intense and stormy. Her figuration takes many forms and grows exponentially while abstraction loses its dominance particularly in a series of portraits exemplified by the sufficient “Queen Mari”, and a number of fragrant still lifes.

This figurative inclination has grown larger and subtler over time, to a point where paintings purely abstract were ever more frequent, and obvious figuration started to recede in favor of an elusive referentiality.  Still, Cohen Banker paintings two years ago were, even in their abstraction, referential with titles like “Cezanne and a friend toasting with wine” or “Bedroom Interior” or “Queen Bee” as a sophisticated way of adapting to the reality of things: adaequatio intellectus et rei. “On the wings of a nightingale”, one of the flagships of this former period, was inspired by Paul McCartney homonymous song and indeed the morphology of an arching brown bird out there. 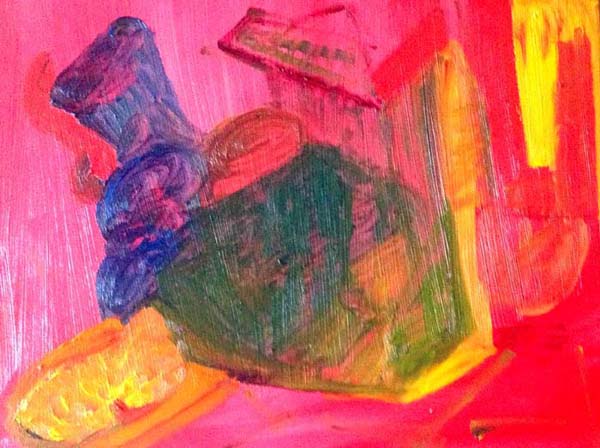 The new Cohen Banker that I have seen has broken any adaequatio at once, and doesn’t look at things of the exterior world but things from within herself. This way of introspection has given a new dimension to her painting, adding to her style the limpid and unfading quality of the intangible ideas.

“Story Told” is a lynchpin in the new period. It encompasses the two hemispheres of this time as the coastline the confines of two realms.   There is a combat in it, between up and down, left and right. One faction advances unified and the other rushes diversely and tempestuously.  The blue falls like a heavy fog scattering loose condensed tongues, while the reddish side crackles and flagellates, turns and twists, breaks and hurts. This large wound scarce in its abundance, indolent in its agitation, gives blind claws on new and old scratches. This painting represents the dichotomy of her latest period: the grief of persistent pains, and the hope of a pristine future; ineluctable reminiscence of a sensitive educated attentive heart. 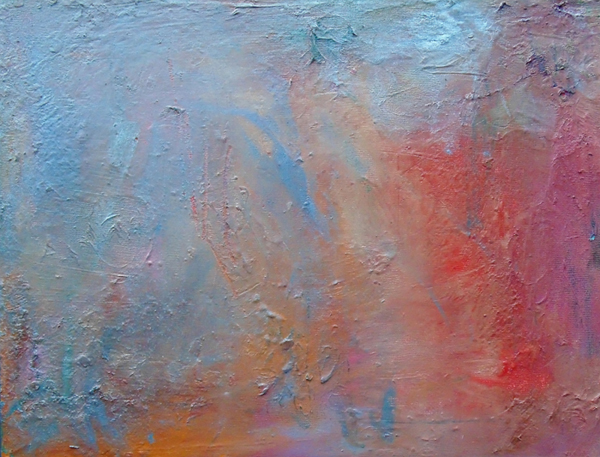 That blue voluntarism re-emerges in “Follow the Bliss” with renewed green hopes and lines of progression crashing against a cloud of ominous uncertainties.  The intimate pinks and oranges of “Joy” and languid water lilies like greens and yellows of “Voice II” convey this blissful promise with harmonious sinuosity. But pain isn’t gone and is faced up front in the conflictive “Elegy”, and as a long low mourn full of awareness and acceptance in “Lamentation”. 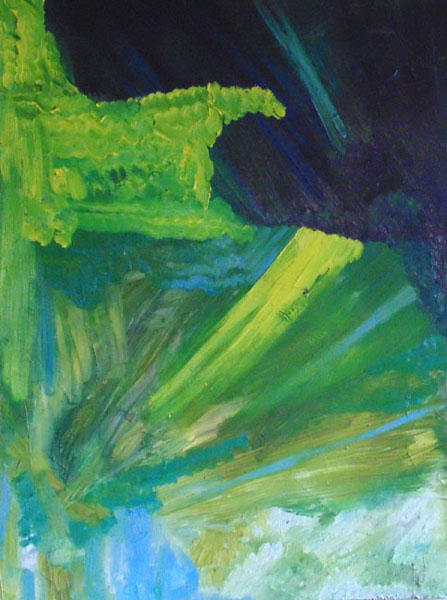 Cohen Banker is an established painter that maintains her relevance with action and exploration, keeping her art out there gaining momentum, therefore I wouldn’t be surprised if her next creations depart from this personal analysis and probe me a subjective observer, which indeed I am. I’ll visit her booth at Art Hamptons in July. I’m curious about her next moves and how these paintings may strike me differently during the summer.